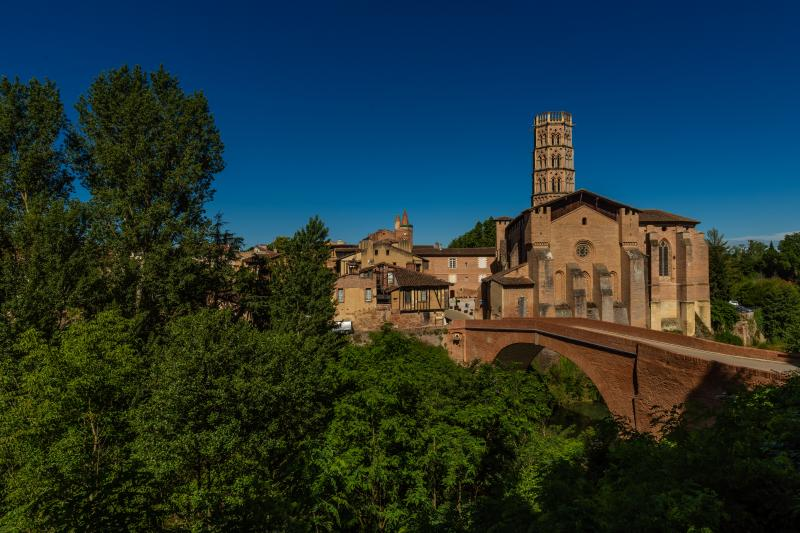 Rieux-Volvestre is proud of several historical monuments. Among these, some are classified as Historic Monuments: the Sainte-Marie cathedral and its 66-room episcopal treasure, the house in Pans de Bois which faces it, the house called Laguens is adjoining it and many others!

We can also, as we wander around, find other interesting traces of the past and a thousand other details that bear witness to the history of the city, offering ourselves to the curious tourist on a stroll.

The Rivois have preserved and promoted the popular tradition of "Papogay shooting", every first Sunday of May. This event is also the occasion for a service in Occitan and a parade in medieval costumes. In order to keep this custom, from the 14th century, alive all year round, the Tourist Office houses a museum dedicated to it.

Rieux-Volvestre is also:
9 hiking trails including the Via Garona GR861
Cycle route of the Garonne
Labeled Station Verte for nature vacations
Flower City label and maintenance of green spaces zero phyto
Proposed action to clean up the banks of the Garonne and Arize rivers
Awareness of environmental respect and more particularly of the aquatic environment by the Federation of Fishing

Come and visit the town, steeped in history and rich in know-how, it will charm visitors and excursionists who love history, authentic places, but also hiking and outdoor activities in the midst of a preserved nature.